This weekend, I also hope to actually take out some of the art we bought, so I can see what size frames I need to buy. When I do that, I'll take some pictures and post a few of them as well. The thing I love so much about the artists that come to the convention, is that they're not all comic book artists. Obviously, I love the comic book-ers, and I posted earlier the Harley Quinn art that I bought, but some of my favorite artists there are the non-comic book ones. I got some beautiful art that I can't wait to frame and hang on my walls, and very little of it is actually comic book art. But that's another post for another day.

Today, just a few pictures from the convention.

1. Me with Joe Hill and Gabriel Rodriguez. They were both so awesome in letting my husband get this picture. Really cool guys - signed all six of my Locke & Key books, then let me get a picture with them. 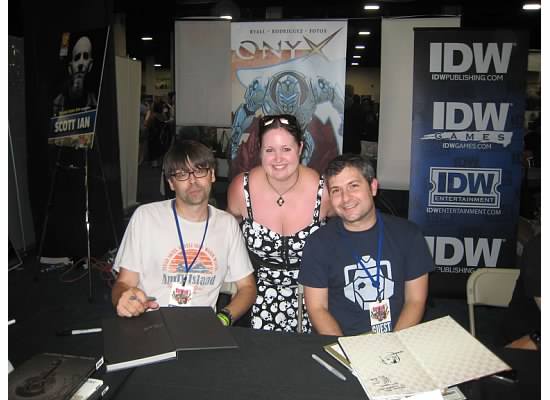 2. Amanda Conner and Jimmy Palmiotti (of the Harley Quinn comics). Also pretty cool people. Signed all my stuff. I'm sure it gets tiring sitting there signing stuff for people all day, but they were really fun and happy. 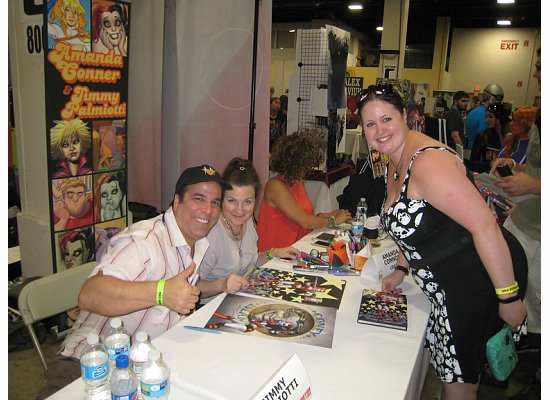 We didn't get a whole lot of pictures of costumes from the convention, but I am going to post two - my and my husband's favorite costumes. Half of the fun of this weekend is just walking around seeing everybody dressed up. We didn't go in costume this year (obviously), but we're considering it for next year. Nothing as elaborate as these next pictures, though.

3. This was my husband's favorite costume of the weekend (and I definitely agree that it was the most impressive). There were a few Iron Man or War Machine costumes will full moving parts and working lights and they were all pretty awesome, but this guy's costume was 100% hand-tooled leather, from head to toe. And he did every bit of it himself. I don't know his name, so I can't give credit, but dude, you're costume was insane. 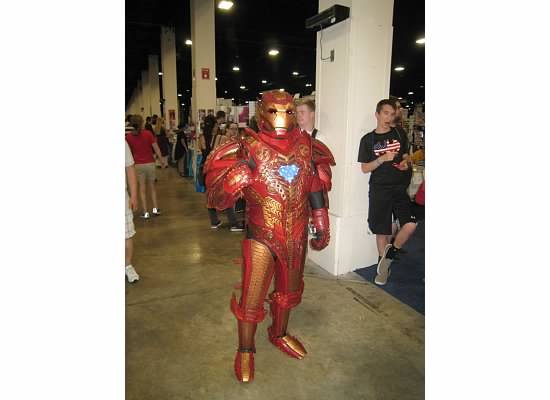 4. My favorite costume, simply because it was so much fun and pretty original. Again, I can't give name credit, because I don't know them, but they did a great job and seemed to be having a lot of fun with it. The guy who dressed as the Joker stayed in character the whole time, speaking with a gangster-type deep voice and seemed to be having a blast. I loved seeing this group make their way around the room. 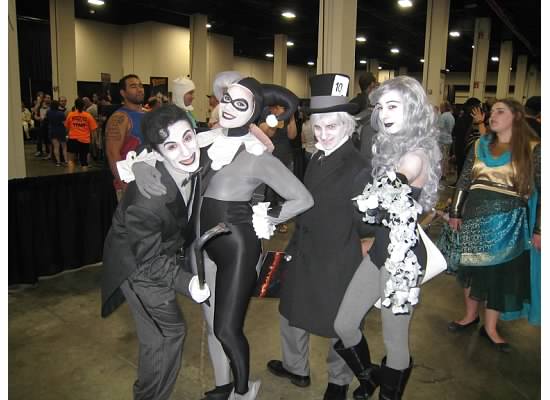 That's all I've got for now. It was a great convention, though, even though I don't have a ton of pictures to post from it - I'm not a huge photo-taker.  I'll post some of the art I got over the weekend, hopefully. Can't wait to go back next year. :)