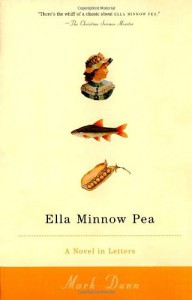 On the small, independent island nation of Nollop, located off the South Carolina coast, language is valued above all else. Nollop was the birthplace of the inventor of the pangram The quick brown fox jumps over the lazy dog, and a monument with that sentence now stands in his honor. But when the tile containing the letter "z" falls off the monument one day, the island's panel of leaders declare it a message from beyond the grave, and decide to remove from the alphabet. All written texts that contain the letter (pretty much all of them) are removed and destroyed, and punishments are put in place for anyone caught using the letter in speech or in written form. First offense: a public, verbal warning. Second offense: a choice of public flogging or head stocks. Third offense: banishment from the island. But when more letters begin falling, it becomes harder for the islanders to put up with the madness of removing the letters. Their only hope: to come up with a new pamgram - a sentence, shorter than the one Nollop created - that uses all the letters of the alphabet. If they can do this, they can restore the full alphabet to the island. But as more letters fall, and more people are banished, it all comes down to one eighteen-year-old girl named Ella to solve the puzzle, if she can.

I thought that this was a very clever book. Written in epistolary format, it is amusing to see the writing change as letters begin to be removed from the allowable alphabet. It's a complete gimmick book - like someone trying to write a book using only one line of the keyboard - but it results in a really fun story. As extreme lovers of language, the characters writing the letters often sound like they swallowed a thesaurus, but it only makes it more amusing as certain words are dropped from use and more obscure ones are needed.

I've read some reviews that - in my opinion - take this book too seriously. Yes, it portrays a totalitarian government. But I don't think that the author is making a statement on government or free speech - I think that the government in the book needs to make these rules in order for the plot to progress. Simple as that. Could I be wrong about this, and could this book really be one 200-page rant about government influence? Sure. But I honestly believe that this is much more innocent than that. I think it's a playwright giving himself a challenge to see how many letters he can remove and still write a coherent story. In this aspect, I think it works brilliantly.

This isn't a perfect book by any means. As I said, it's a gimmick. Most of the characters are really simple and not very fleshed out at all. But we're not being given backstory on these characters for one simple reason - the novel is written in letters. Two cousins writing to each other are not going to write about their backstory - they presumably already know these things about each other. So there are some things that the reader is not going to get out of this story. But as a fun, relatively light read about a decision that spins out of control, I think it has a lot to offer. Definitely worth a read.